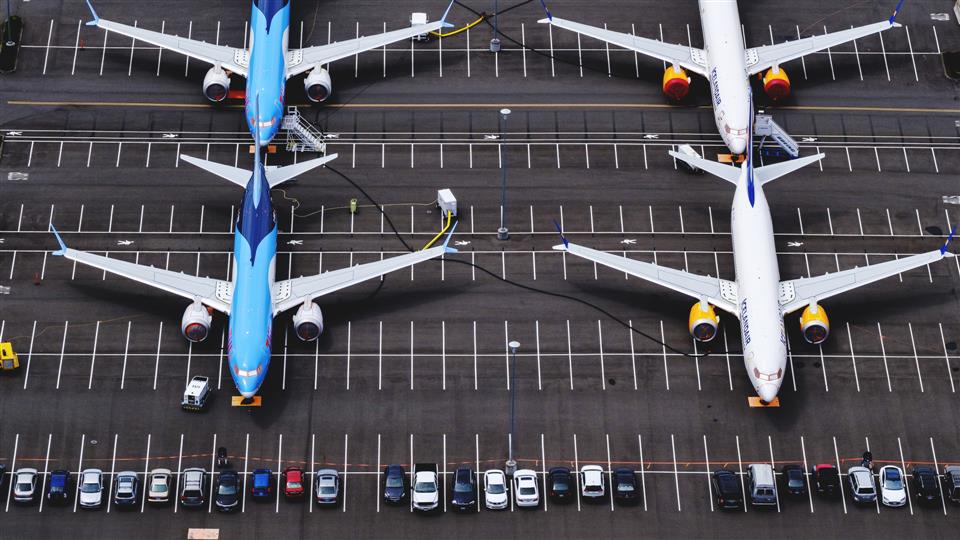 "This is a defining moment for Boeing and we remain focused on our enduring values of safety, quality, and integrity in all that we do, as we work to safely return the 737 MAX to service," CEO Dennis Muilenburg said in a statement. "During these challenging times, teams across our enterprise continue to perform at a high level while delivering on commitments and capturing new opportunities driven by strong, long-term fundamentals."

The company’s quarterly loss is the biggest in its history, according to FactSet, topping the $1.6 billion setback during the financial crisis in 2009. Boeing’s $15.8 billion in revenues for three months that ended June 30 was down sharply from the $24.3 billion last year. The $2.9 billion loss for the latest quarter marked a reversal from the same period in 2018, when it recorded a $2.2 billion profit.

The loss reflects last week’s $4.9 billion charge due to the worldwide grounding of its 737 Max planes after two fatal crashes killed 346 people, but not include sums that it may have to pay in dozens of lawsuits related to the crashes. It also doesn’t include the $100 million that Boeing said it would set aside for victims’ relatives and their communities.

Boeing said its deliveries of commercial planes fell 54% to 90 in the second quarter, down from 194 a year earlier, because of the halting of mass-produced 737 Max.

With the 737 Max grounded, airlines around the world have had to cut flights and rearrange schedules. American Airlines said earlier this month that it canceled 7,800 flights during the second quarter of this year because the planes couldn't fly, while European budget carrier Ryanair has had to delay expansion plans and expects to fly 5 million fewer passengers next year.

Yet the situation is not quite so bleak as it seems. Melius Research analyst Carter Copeland told CNBC’s “Squawk Box” that the results were not too bad considering the circumstances. “The more you sift through the numbers ... this is actually a lot less scary than it could have been,” Copeland said.

Despite the financial hit of the MAX, Boeing still owns a bulging order book. While confidence in the 737 is at an all-time low—around 20% of U.S. travelers will avoid the plane in the first six months of its return, according to a study from consultant Henry Harteveldt—it’s not the case that airlines can simply switch from one manufacturer to another because the long lead times on orders makes this impracticable.

"There is nobody else,” adds Strickland. “Not even the manufacturers of successful regional aircraft. Embraer in Brazil is going to become part of Boeing, while Airbus has bought the regional jet program of Bombardier in Canada.”

While Boeing is currently in a state of flux and financial difficulty, it remains big and strong enough to ride out the storm, the analysts say. All it has to do is fix the 737 MAX.

"Not just because of the importance of the program, but also because of their own reputation,” says Strickland. “And to maintain that credibility they've had for the best part of a century.”

IHG brands - the Facts and Insights

Hilton Brands - the Facts and Insights

Marriott Brands – the Facts and Insights