Dozen hotels are in the pipeline despite soft lodging market

“A lot of hotels are trying to go into wellness-fitness, but we’re the only fitness company going into hotels at this scale,” Christopher Norton, chief executive of Equinox Hotels, said. “They’re putting treadmills in rooms, pull-up bars in bathrooms, but we believe that fitness happens in the club and the room is for regeneration.”

“We saw a growing trend of people who wanted to maintain their routine while traveling and it was difficult,” said Harvey Spevak, executive chairman and managing partner for Equinox. “They wanted to be in a place where they had immediate access to an Equinox club.”

According to a survey of its members, “an overwhelming 95 percent” said that they would stay in a hotel under the brand. Mr. Spevak got to work on figuring out how to bring the hotel to life.

The property features 212 rooms. All the rooms, including 48 suites, equipped a variety of sleep-enhancing amenities, such as total-blackout window system and soundproofing. During their stay, hotel guests will have access to the 60,000-square-foot Equinox Fitness Club and a 25,000-square-foot spa, where professional training and recovery treatments will be offered. Other amenities include a room bar with some 70 healthy food options, magnesium-based sleep supplements, face masks, a brain-fog-fighting elixir, condoms and massage oil.

Broken Coconut, a bar and restaurant inside the club, will offer both healthy and alcoholic drinks. The club will provide Kiehl’s products as it has in other locations. The club, Equinox’s 100th location, is open to both hotel guests and Equinox Hudson Yards members. There’s also a 15,000-square-foot sun deck. Rooms start at $700 a night and go up to about $8,000.

The hotel is part of a growing trend rather than a one-off brand entering the hospitality space. The furniture store West Elm is opening its first hotel next year and competing furniture brand RH, formerly known as Restoration Hardware, is opening RH Guesthouse in New York later this year. In June, Taco Bell announced that it was opening a pop-up hotel in Palm Springs, Calif., for four nights starting on Aug. 8, taking over an existing hotel and transforming it into a “taco-inspired destination,” according to the company’s website. Last year, luxury fashion and alcohol conglomerate LVMH acquired hospitality company Belmond Ltd which owns or operates 46 luxury hotels, restaurants, trains, and river cruises. Bulgari (the Italian luxury brand) formed a joint venture with Marriott International in 2001 to launch brand Bulgari Hotels & Resorts. Since the opening of its first hotel in 2004, Bulgari Hotels & Resorts has developed into a hotel group of over 10 properties. 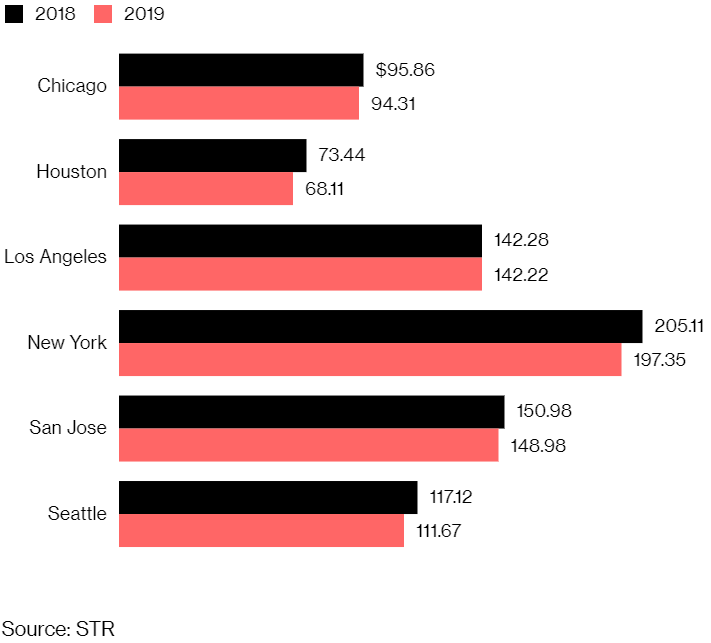 Spevak, however, is confident.

“The consumer wants something different, and what we’re delivering from an Equinox Hotels perspective is truly different,” he said. “We’re not just another hotel.”

IHG brands - the Facts and Insights

Hilton Brands - the Facts and Insights

Marriott Brands – the Facts and Insights