Tourism is the activities and experience of tourists, the business of travel suppliers and host communities; the economic and culture exchange that are involved in the attracting, accommodating, and entertaining visitors.

Many organizations give their own definitions of tourism based on distance traveled, duration, and the purpose of the trip: The League of Nations, the United Nations, the United Nations World Tourism Organization (UNWTO), the Organization for Economic Cooperation and Development (OECD), the National Tourism Resources Review Commission, and the U.S. Senate’s National Tourism Policy Study.
The officially accepted definition of tourism by WTO (UNWTO) is:

“Tourism comprises the activities of persons traveling to and staying in places outside their usual environment for not more than one consecutive year for leisure, business, and other purposes.”

Here "usual environment" is used to distinguish tourism from the activities of daily life—frequent and regular trips between the abode and the workplace, and other routine community trips are not tourism.

Pilgrimage, to Buddhist sites or Mecca began more than 2,000 years ago, is usually regarded as the earliest form of tourism. In ancient Greece and Rome, at the end of the 18th century, organized travel with supporting road networks, accommodation, dinning, sightseeing, and an emphasis on essential destinations and experiences lay claim to the origins of both “heritage tourism” (aimed at the celebration and appreciation of historic sites of recognized cultural importance) and beach resorts.

In the United States, adventure tourism has grown in recent decades, but lack of a clear operational definition has hampered measurement of market size and growth. According to the U.S.-based Adventure Travel Trade Association, adventure travel may be any tourist activity that includes physical activity, a cultural exchange, and connection with nature.

Birth tourism is the travel for the purpose of obtaining birthright citizenship. Other reasons for birth tourism include access to public schooling, healthcare, sponsorship for the parents in the future, or even circumvention of China's two-child policy. Popular destinations include the United States and Canada. Another target for birth tourism is Hong Kong, where some mainland Chinese citizens travel to give birth to gain right of abode for their children.

Even birth tourism as a tourism stimulates consumption, but it's negative impact on society makes most developed countries discourage birth tourism, Australia, France, Germany, Ireland, New Zealand, South Africa, and the United Kingdom have modified their citizenship laws at different times, mostly by granting citizenship by birth only if at least one parent is a citizen of the country or a legal permanent resident who has lived in the country for several years. No European country presently grants unconditional birthright citizenship; however, most countries in the Americas, e.g., the United States, Canada, Mexico, Argentina, and Brazil do so.

Business tourism as characterized by conventions, visiting customers, distributor and suppliers, meetings, and seminars is another important form of travel. (The United Nations includes the business traveler in its definition of a tourist.) Business travel is frequently combined with one or more of the other types of tourism.

According to the British Tourist Authority and National Tourist Boards, in 1998, business tourism accounted for about 14% of all trips to or within the UK, and 15% of the tourist market within the UK. A 2005 estimate suggested that those numbers for UK may be closer to 30%. UNWTO estimated that 30% of international tourism falls into business tourism in 2004, through its importance varies significantly between different countries.

As always known that food, wine, and other culinary experiences are not only an important ingredient in travel but also a powerful motivation to travel. A U.S. Travel Association study reports 25 percent of leisure travelers say food is a vital factor when choosing a destination. Travelers are stating that food is a key aspect of the travel experience and that they believe experiencing a country’s food is essential to understanding its culture.

Cultural tourism is travel to engage with a country or region's culture, specifically the lifestyle of the people in those geographical areas, the history of those people, their art, architecture, religion(s), and other elements that helped shape their way of life. The picturesque setting or "local color" in the destination area is the main attraction. Destination activities typically include meals in rustic inns, costume festivals, folk dance performances, and arts and crafts demonstrations in "old-style" fashion. Visits to Colonial Williamsburg, Virginia, and Greenfield Village in Dearborn, Michigan, or to Mystic Seaport, Connecticut, are examples of cultural tourism.

Cultural tourism covers all aspects of travel whereby people learn about each other’s ways of life and thought. The National Trust for Historic Preservation provides another widely used definition: "Cultural and heritage tourism is traveling to experience the places and activities that authentically represent the stories and people of the past and present. It includes historic, cultural and natural resources."

The 2009 Mandala Research Study identified the top cultural and heritage activities as:

5. Attending a professional dance or performance (44%)

The term dark tourism (black tourism or grief tourism) refers to the ‘‘attraction of death and disaster’’—or more specifically perhaps, those sites where death and disaster have occurred and that attract tourists. People may argue that the main attraction to dark locations is their historical value rather than their associations with death and suffering. Auschwitz, the German death camp, is probably the most infamous of all dark tourism sites. Despite its reputation, Dachau, near Munich, is the most important in terms of visitation, with more than 900,000 visitors per year.

The definition of dark tourism may also be expanded to include sites where killing wars are currently being conducted. Iraq and Afghanistan are such examples, where both worldwide media and the truly adventurous tourists are drawn to the ‘‘action.’’ Lesser-known dark attractions include sites where hangings or executions are to occur, are occurring, or have occurred.

The concept of doom tourism is believed created based on 2 thoughts: 1. Urge people to concern for the potentially endangered, or “doomed” towards extinction places, which, in fact, speed up the deterioration of the already-threatened sites. Such sites may include the rapidly-disappearing coral of the Great Barrier Reef, or the melting glaciers of Patagonia. 2. Scarcity selling

Drug tourism is travel for the purpose of obtaining or consuming drugs and narcotics, which are unavailable, illegal or very expensive in one's own country/territory. 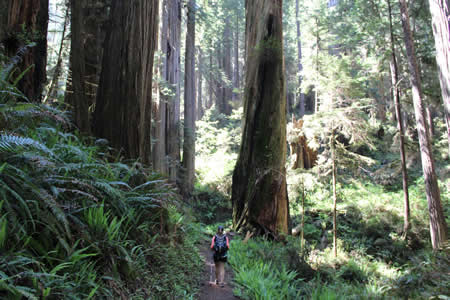 The International Ecotourism Society (TIES) defines ecotourism as ‘‘responsible travel to natural areas that conserves the environment and improves the well-being of local people.’’

The Travel Industry Association of Canada (TIAC) adapted a nationally accepted definition of ecotourism to assist and protect the reputation of Canadian tourism. This led to its final definition: Ecotourism is a segment of sustainable tourism that offers experiences that enable visitors to discover natural areas while preserving their integrity, and to understand, through interpretation and education, the natural and cultural sense of place. It fosters respect toward the environment, reflects sustainable business practices, creates socioeconomic benefits for communities/regions, and recognizes and respects local and indigenous cultures, traditions, and values.

The definition of ecotourism adopted by Ecotourism Australia is: ‘‘Ecotourism is ecologically sustainable tourism with a primary focus on experiencing natural areas that fosters environmental and cultural understanding, appreciation, and conservation.’’

Genealogy tourism, sometimes called roots tourism, is a segment of the tourism market consisting of tourists who have ancestral connections to their holiday destination. These genealogy tourists travel to the land of their ancestors to reconnect with their past and "walk in the footsteps of their forefathers".

Gay tourism or LGBT tourism, a form of niche tourism marketed to lesbian, gay, bisexual and transgender people, is a fast growing and highly profitable segment which draw lot of attention recent years. It is also referred to as pink tourism.

For the past 15 years, Community Marketing, Inc. (CMI) has been conducting an annual gay and lesbian tourism study, which covers booking patterns, pride events, top travel brands, top destinations, and estimates of LGBT travelers’ economic impact. The economic impact, estimated as $63 billion for the United States alone, shows that gay men who have the largest amount of disposable income travel more, spend more.

Medical tourism is that people travel from their residence to other places to receive equal or better medical, dental or surgical care, with sometimes lower price.

Nautical tourism is a relatively new niche that combines holiday activities of boating or sailing. Tourists not only prefer to travel from port to port in sailing vessels or cruise ships, but also enjoy various activities, such as fishing and snorkeling.

Religious tourism (faith tourism) is a type of tourism where people travel individually or in groups for pilgrimage, missionary, or leisure (fellowship) purposes. Spots with religious significance such as mosques, temples, churches or landforms are some of the most visited places by the religious tourists.

Sex tourism is defined as travel planned, specifically for the purpose of sex, generally to those countries or areas, where either prostitution is legal or the law enforcement agencies are indifferent.

Slum tourism is defined as the practice of travelers visiting poor urban areas of the global South to view its impoverished conditions and understand more of the lifestyles of local inhabitants.

Sports tourism refers to travel which involves either observing or participating in a sporting event while staying apart from the tourists' usual environment. Sport tourism is a fast-growing sector of the global travel industry and equates to $7.68 billion.

A virtual tour is a simulation of an existing location, that seems to completely defy the very purpose of tourism, usually composed of a sequence of videos or still images. It may also use other multimedia elements such as sound effects, music, narration, and text.

Wellness tourism, as a fast-growing trend in the tourism sector that refers to traveling for the purpose of promoting health and well-being through physical, psychological, or spiritual activities, involves wellness solutions, such as massages, body treatments, weight loss programs, beauty treatments, and so on.

How a Hotel Gets Its Signature Scent